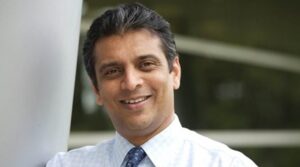 World’s largest express transportation company FedEx has announced that its new Chief Executive Officer will be Indian American Raj Subramaniam. He has more than 30 years of global experience across strategy and operations and has led the company through a period of tremendous growth, the company has said.

The US multinational courier delivery giant was previously helmed by Frederick W Smith Subramaniam would replace. Smith, chairman and CEO, will step down from this position on June 1.

He will now be its executive chairman. In his new role, Smith said he looks forward to focusing on Board governance as well as issues of global importance, including sustainability, innovation, and public policy. Smith had founded FedEx in 1971.(raj subramaniam biography) Here is all about FedEx new CEO Raj Subramaniam

– Subramaniam was elected to the FedEx Board of Directors in 2020 and will maintain his seat on the Board, the company said.

– He also served as executive vice president and chief marketing and communications officer of FedEx Corp., where he was responsible for developing the corporate strategy.

– In addition, he served as the president of FedEx Express in Canada and in several other management and marketing roles throughout Asia and the US.

– Raj Subramaniam has a bachelor’s degree in chemical engineering from the Indian Institute of Technology (IIT).(raj subramaniam biography)

– He earned a master’s degree in chemical engineering from Syracuse University.

– He also has a master’s degree in business administration from The University of Texas at Austin.

Raj Subramaniam who is an Indian American corporate veteran will be appointed as the new Chief Executive Officer of the delivery giant FedEx, as per an official release. (raj subramaniam biography)

He will replace Frederick W Smith in the role with effect from June 1. Smith will take office as the executive chairman from June 1.

“As we look toward what’s next, I have a great sense of satisfaction that a leader of the caliber of Raj Subramaniam will take FedEx into a very successful future,” Smith said on Subramaniam’s becoming the President and CEO.(raj subramaniam biography)

FedEx Board’s Governance, Safety and Public Policy Committee Chair David Steiner said, “Raj is an accomplished and proven leader, and he has the full support of the Board.

He has more than 30 years of global experience across strategy and operations and has led the company through a period of tremendous growth.

I am confident that Raj will build on this foundation and take the company to even greater heights.”(raj subramaniam biography)

He was born on 14 September 1967. Now, he is approx 54 years old as of 2021. After then, He became the Regional President of Canada Pacific. He became the EVP, Marketing & Communications at FedEx Corp in February 2013.

His height is 5 feet 7 inches approx and his weight is not known. He has beautiful eyes and has hair.

His body measurement is not known. If you know more details then continue to read this article and know all details Here.(raj subramaniam biography)